Trash was flying at the Bell Centre.

Did someone say that Boston Bruins and the Montreal Canadians have a seriously rivalry? Wednesday night will be the 9th Game 7 between these two teams and just like Shawn Thornton’s “squirt” of PK Subban this is going to fire up Milan Lucic and the rest of the Bruins. They should be fired up by their fairly embarrassing effort last night, I would hate to be the Canadians.

I could sit here and call the Habs fans classless, but again just like the racist Tweets it was a hand full of fans that were trying to goad Lucic into something. He didn’t bite and is now pissed. Bring on Wednesday. Bring on Game 7. Bring on the Big Bad Bruins. The Garden is going to be hopping and this is why winning the President’s Trophy was important.

P.S. Once the ref sees what happens how quick does he get out of there thinking all hell is going to break loose!

Milan Lucic with the goal!

Bruins vs Canadians! It’s going to be a knock’em down type series!

I will have to say that I was surprised how easily the Bruins took down the Red Wings. I expected a 6 or 7 game series, but after that game 1 loss the Bruins just flat out took it to Detroit! That means the Montreal Canadians are next and I have to say that I expect the series to go 6 or 7 games. If you are a hockey fan then this is probably your Stanley Cup Final! The mix of physical play and natural abilities of both teams is going to be epic. Let’s just hope the Habs don’t have the refs on their sides like they did in the Lightening series. 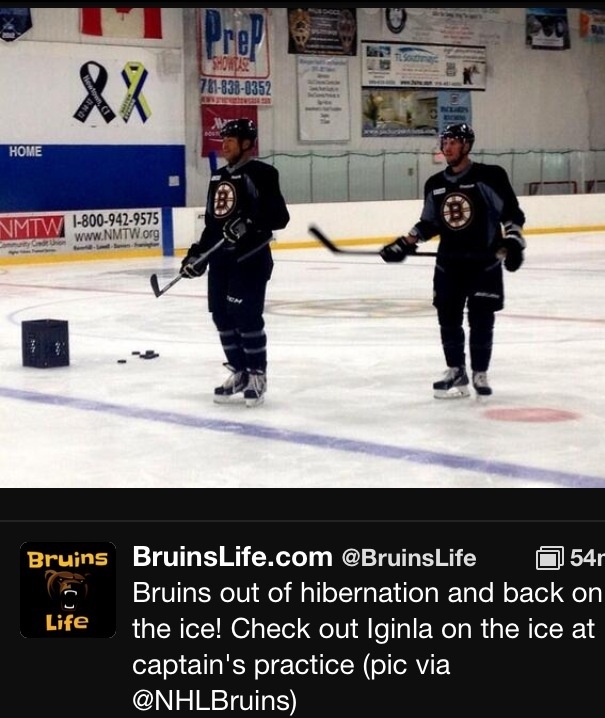 A few months after the Bruins blew game 6 vs the Chicago Blackhawks they are back on the ice with their new toy Jerome Iginla.

It’s hard to believe that the season is a mere 5 weeks away! Thursday October 3 the Bruins drop the puck on the 2013-2014 season against the Tampa Bay Lightening.

Sports fans are crazy! We love our teams, no matter what their records are they are the best team in their respective league! We buy expensive hats, jerseys and game tickets. You see on television how crazy fans are, throwing squid on the ice in Detroit, the Black Hole and Cheeseheads come to mind. Where does this love for our teams come from? How is it formed?

I have no statistics to back this up, but I would be willing to bet most people like their teams because of two main reasons

With that being said, my personal sports following has taken many different shapes over time and there are a few different reasons, but here is the story on how I got to where I am today!

I get asked all the time why my following is all over the place. NFL = Green Bay Packers MLB = Atlanta Braves NHL = Boston Bruins NBA = Boston Celtics

So how did I get here?

Family and Geographical Region had something to do with it, but not what you would think. When I started following sports my mom and dad were still together, we lived in Massachusetts and my dad followed all the local teams (Red Sox, Patriots, Celtics and Bruins). I did not get along with my father so I did not want to like his teams! Therefore, I started making decisions for myself around the age of 10. Let’s take it league by league; 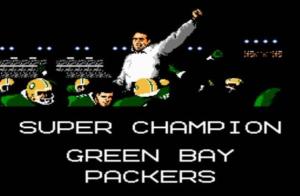 Tecmo Super Bowl was a big influence into the Packers!

The year was 1990-91, Tecmo Super Bowl was the most popular Nintendo game out there! I remember owning a San Francisco 49ers gold jacket and so didn’t everyone else, I said I don’t want to be like everyone else and like the 49ers or the Dallas Cowboys or the L.A. Raiders. Once I played Tecmo Super Bowl I loved the color of the Packers jerseys and then I fell in love with Sterling Sharpe, finally I did a little research on the Packers and realized that this was the team I wanted to follow and for almost 25 years I have been one of the biggest supporters out there, going to Lambeau Field twice to support my team and watching them win two Super Bowls (one over the hated Patriots) and lose one. 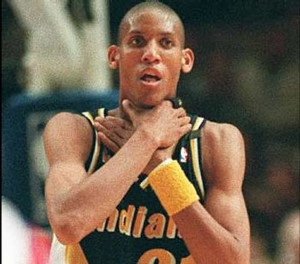 What can I say, I am cocky! So when I was making a decision on who to follow for basketball I loved the player that Reggie Miller was! Three point shooter and cocky as all hell. Needless to say I started following the Indiana Pacers during the 90s and early 2000s, but once Miller retired I lost some love for the Pacers because they just weren’t the same team. I also lost some love for the NBA during this time, the league got boring and just looked like playground basketball so I didn’t really follow any teams. In 2007, Ray Allen and Kevin Garnett were traded to the Boston Celtics and since I was living in Massachusetts and my dad was not in the picture it was time to come back to the Celtics, the fact that they were going to be the odds on favorite to win the championship didn’t hurt. 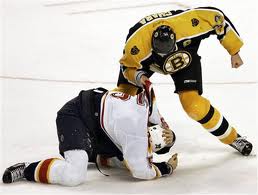 Very easy, up until 4-5 years ago I couldn’t stand hockey, but I actually started watching it and now I love it. I have friends that are Boston Bruins fans so it made sense to me. I guess I picked a good time to start following hockey, one Stanley Cup championship and another trip to the finals!

Again pretty easy, had to get away from the Red Sox, so thank you Massachusetts for having TBS and not the Yes Network! The Braves were on TBS pretty much everyday and again I got lucky (mostly because I am not a dirty Yankee fan!) because I started watching the Braves the year they went worst to first and didn’t look back for 14 years! Amazing! (During my time at Elms College I cheered hard for the Boston Red Sox in support of my friends and that was a fun time to be with them during the Red Sox two World Series wins! I still wear Red Sox shirts, but I am a Braves fan) 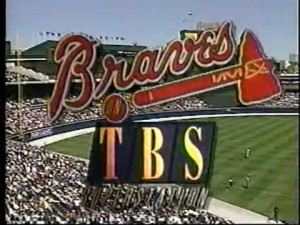